Keeping up with new research, new guidelines and best practise is an essential part of being a doctor.  This week I had a brief trip down to Liverpool to Diabetes UK, an annual conference for health care professionals working in the field of diabetes.

I was only there for one day but managed to get to a number of interesting lectures. A scientist explained her research about working out from an individual’s genetic makeup which treatments for type 2 diabetes would work best from them.  In the future we may be able to start someone on the best drug for them right from the start using this knowledge, rather than using trial and error.

There was a session on “Transitional Care” – looking after young people with diabetes as they move from the paediatric service who they see frequently and know well, to the big anonymous adult service at what is already a very turbulent time in their lives.  A young adult with type 1 diabetes spoke about how traumatic her experience had been over this time, getting lost and feeling unsupported in a new system, to the extent she stopped attending and her sugars climbed.  It really made me think about how our own transitional service works.  We’re very limited by resources, and by our antiquated appointment system but there were certain things she emphasized as being vital, like access to a peer support group to speak to other people with type 1 diabetes and having a named point of contact – which are potentially doable without needing more doctors and nurses.

In the afternoon I went to a symposium on eating disorders.  Again a young adult with type 1 diabetes talked about her experience with “diabulimia”, which essentially means injecting less insulin than you need in order to be able to eat more but also lose weight.  As a result of this blood sugars are chronically high, you feel ill and exhausted and if you do it for a long period of time you are at risk of complications. Sadly this girl was visually impaired because of bleeding at the back of her eyes.

The emphasis of the symposium was the need for good links with psychology, another service which is also often grossly underfunded.  They also emphasized the importance of awareness of “diabulimia” among health care professionals.  This girl had had not attended clinics for a number of years, but had several admissions to hospital as a result of becoming ill from high sugars.  She always pretended it was because her insulin pump had run out of batteries, and didn’t admit to an eating disorder – it wasn’t until she developed acute visual problems a long time later that anyone put two and two together, confronted her about it and helped her access appropriate psychological support.

Finally I learned a great deal about binge eating disorder. I had no idea it was so common – affecting quarter of those with pre-diabetes or type 2 diabetes. I’ll write about it separately in my next blog. 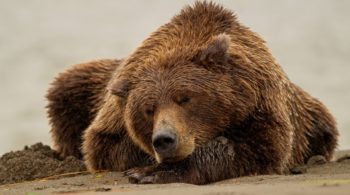